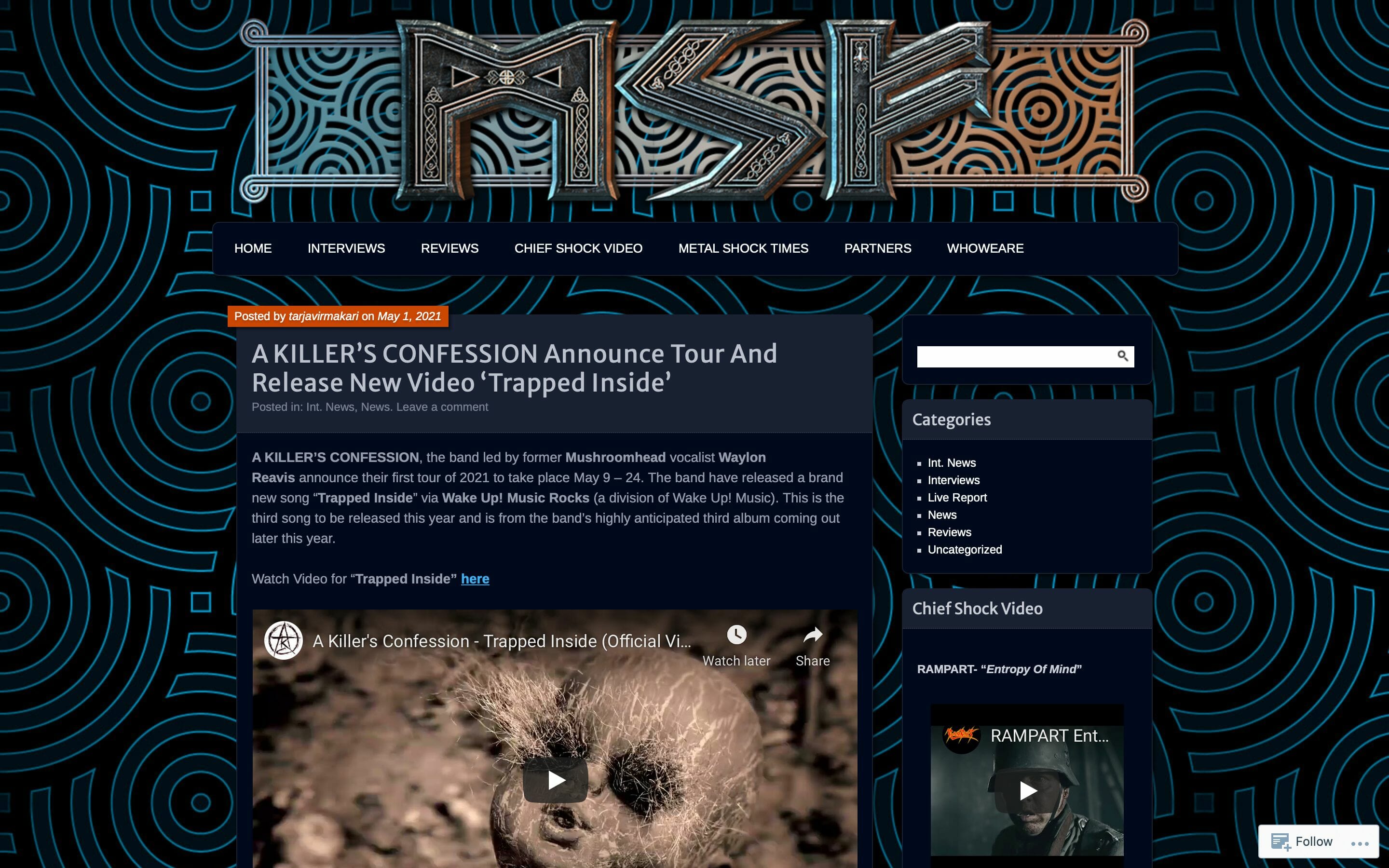 11 May AKC On Tour – MetalShockFinland

This is what they had to say:
“A KILLER’S CONFESSION, the band led by former Mushroomhead vocalist Waylon Reavis announce their first tour of 2021 to take place May 9 – 24. The band have released a brand new song “Trapped Inside” via Wake Up! Music Rocks (a division of Wake Up! Music). This is the third song to be released this year and is from the band’s highly anticipated third album coming out later this year.”

Or enjoy the new release by A Killer’s Confession called ‘Trapped Inside” below: