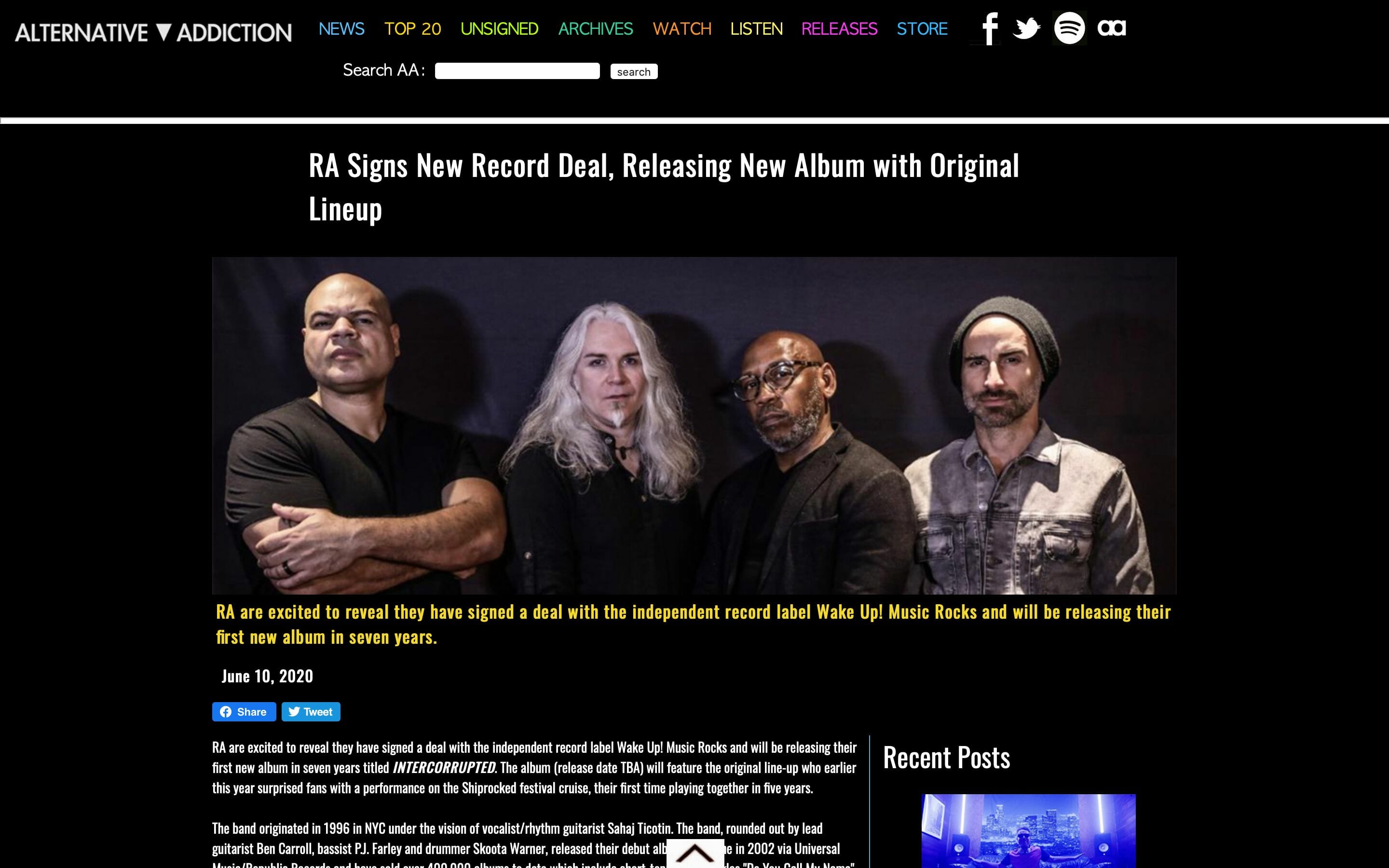 “RA are excited to reveal they have signed a deal with the independent record label Wake Up! Music Rocks and will be releasing their first new album in seven years titled INTERCORRUPTED. The album (release date TBA) will feature the original line-up who earlier this year surprised fans with a performance on the Shiprocked festival cruise, their first time playing together in five years.”

See the full article at: https://www.alternativeaddiction.com/AANewsArticle/ra-signs-new-record-deal-set-to-release-new-album-with-original-lineup