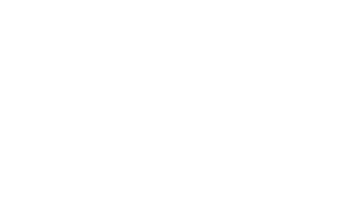 Musicality is the connective tissue binding and bridging Ra’s past to its present. It is also responsible for a sound so enigmatic it continues transcending time, resonating with a fan base that has yet to allow Ra to release its melodic grip on them. That grip is a culmination of years fraught with trials and triumphs and many lessons learned; however, perseverance and a passionate resolve pushed Ra far past its genesis to become a band still relevant in today’s ever-changing musical landscape.

Ra was conceptualized in 1996 under its first name “Cross Of Snow”. It was the vision of Sahaj Ticotin, who was born in NYC into an entertainment family in which his brother David would become highly regarded feature film assistant director, his sister Nancy would star on Broadway, TV and film and his sister Rachel make her name as a well known movie actress. Sahaj’s brother, Marcus, who created several entertainment properties, was one of the first to believe and invest in the band. The band went through a few lineup changes before settling on Skoota Warner, Ben Carroll and ultimately Pj Farley but those early years were spent chasing the identity of a sound they couldn’t quite catch. In 1998 the song Crazy Little Voices was chosen as the end title track for the movie “Carrie 2-The Rage”, becoming its first commercially-released track. By the end of 1998, the band recorded the demo for what would later become its most impactful introduction to the masses, Do You Call My Name.

By 1999, the band was signed to Edel America and aggressively working to record several tracks of which Do You Call My Name, Rectifier, Fallen Rock Zone, The Only One, and Sky were a few. On the surface, things were coming together; however, unbeknownst to Sahaj, Edel was restructuring and the American subsidiary was to be closed. The album and the songs were shelved.

Several months later, the terrorist attacks of 9/11 would put a stop to the world. The magnitude of loss and devastation had a profound impact on Sahaj, stoking his passion for what he knew to be his destiny…music. With songs the band could believe in and at the suggestion of Ben, the band focused on the more vibrant rock scene of New England.

Within months, the band was playing in Boston convinced they could build a strong base in what was believed to be a haven for hard rock. The fledgling Ra played at the 2002 Nemo Fest for an abysmal crowd of 18. As luck would have it, one of the 18 was a firefighter and friend of Ben’s named Jimmy Garrity, who believed so strongly in the band, he took a copy of their demo to well-known radio personality Mistress Carrie of WAAF. One spin on the air was all it took—the phones started ringing and people started showing interest. Ra’s EP “One”, was then released at the insistence of their manager, selling nearly 20,000 CDs in 2 months.
People were clearly listening and record labels were watching. In a surprising move, Universal/Republic Records, who had passed on the band only a few months before, signed the band to a two-record deal having never seen them live, but there was a catch—they had 30 days to record an album. The band completed the album in the otherwise daunting  time frame. With an additional six songs recorded, co-produced and mixed by Paul Logus at Puff Daddy’s Sound on Sound studios, “One” was retitled “From One” becoming the band’s freshman release selling over 200,000 copies, while Do You Call My Name reached #10 on the active rock chart. From the delicate vulnerability delivered in Walking and Thinking to the melodic anarchy achieved in Fallen Rock Zone and Sky—”From One” showcased the band’s versatility in a manner that would secure their place in rock music.

Ra began touring and sharing the stage with industry titans such as Disturbed, Seether, Stone Sour, Korn, Shinedown, Sevendust, Breaking Benjamin and Staind to further promote the album. They would play over 200 shows that first year.

In 2004, once touring had come to an end, Sahaj returned home to prepare writing the band’s second album with co-producer Dave Schiffman. Unfortunately, due to personal hardships, he was forced to record a majority of the second album from his home, thus forfeiting the collaboration with Dave. After several months, Sahaj presented record executives with the first cut of Duality and though the record was well-written and composed, it didn’t satiate their appetite for a single. The label recommended the band work with Bob Marlette in order to produce songs that might better align with radio. From this collaboration came Tell Me, an anthem for the misguided whose lyrics are so deeply woven into the fabric of despair, you freely surrender yourself to it. Despite the colossus that is Tell Me and the valiant effort made on all accounts, the label chose to abandon the album. Simply put, Uni/Republic had spent more money than they thought they could recoup.

Things looked bleak for the band—that was until Dave Downey, the recently hired ambitious radio promotion director heard Fallen Angels (active rock peak #21). Had it not been for the insistence of Dave that the label reconsider its investment, Duality may have never seen the light of day. Original drummer Skoota Warner left the band and was replaced by a young and eager Andy Ryan who brought a more “metal” but still very funky feel to the band live. In 2005, 2 years after writing began on the album, it was released to the public. The differences between “From One” and “Duality” are notable. “From One” was a statement record, heavy hitting and in-your-face. Conversely, the vulnerable, lyrical reverence that is laced throughout “Duality” was created to re-imagine some of the band’s biggest influences. Songs like Undertaken uncover a delicate balance of sensuality and poeticism reminiscent of artists outside the genre. The ability to make rock both sensual and poetic, while remaining heavy and relevant elevated Ra to a league of their own.

In 2006, following the moderate success of “Duality”, the band and label parted ways amicably. Shortly after, Ra recorded its live album “Raw” independent of a label. Dave Downey once again advocated for the band, connecting them to Cement Shoe Records which promised the release of “Raw” as well as another studio album under a Cement Shoes contract. With the agreement in place, the band embarked on the Congress of Corruption tour with Ill Nino, Godhead, and The Dreaming. Though the label agreed to an advance and a studio album, the band saw neither. Things were amiss and Sahaj knew it. The label released “Raw”, featuring the single, Don’t Turn Away (active rock peak #26) illegally, without permission and the band aggressively left Cement Shoes in the past.

By this time, Ra had amassed a loyal following. Sahaj, determined not to allow the misguided promises and failures of the label to cause the band from releasing another album, found independent promoter Elizabeth Hodges to invest in the next record while Sahaj launched Sahaja Music Records (SMR). He then reached out to Universal to strike a distribution deal under which “Black Sun” was released. Broken Hearted Soul spent 18 weeks as a current on the charts went top 20 at active rock and the album Soundscanned 28k copies. The band toured minimally as Sahaj turned his focus to a career as a producer.

In between albums Ra released “Black Sheep” which featured b-sides going all the way back to 1994 as well as one brand new song. Supernova was featured in many lead in and lead outs for the Howard Stern Show on Sirius leading to the single getting 77k downloads on Itunes alone.

In 2013, after a successful Kickstarter, the band released Critical Mass, a seemingly effortless evolution of the band’s sound that didn’t compromise its identity. It was also a return to the bands heavier roots as well as the return of Skoota Warner on drums. The single Supermegadubstep was a wild ride that punched you in the gut from start to finish. While wildly under-promoted, many Ra fans took to the album and it received high marks from critics. The band played some shows in 2014 but was definitely more of a passion project for Sahaj at that point.

In 2016, Sahaj wrote and recorded the song We Won’t Back Down for the NHL’s Washington Capitols. It has gone on to be one of the band’s highest streamed songs.

In the 7 years since Ra’s last studio release, Sahaj has been hard at work replicating the formula for his success by producing other artists while the rest of the band has pursued independent projects; however, collectively, they feel now is the time for a comeback. What makes the timing so special is that all original members of the band will be together again to not only create the new album, but tour it as well. After a very successful re-emergence on 2020’s Shiprocked, the band has again tapped into the fan based that sustained them all these years. Intercorrupted, Ra’s brand new album, is in the process of being completed for release. 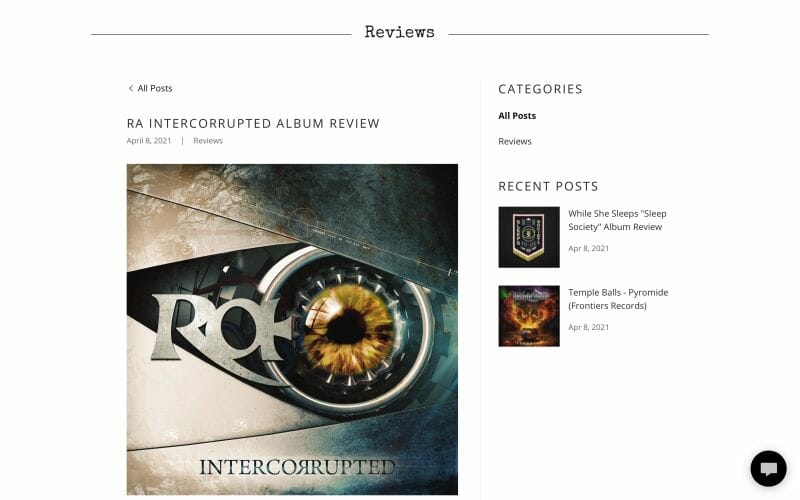 April 11, 2021 3:08 amStep into the Paradigm Ra Album ReviewThis is what they had to say: Intercorrupted is thRead More
Solve Design Create LLC0All Artists News, Press, Write-ups and Reviews, RA News430 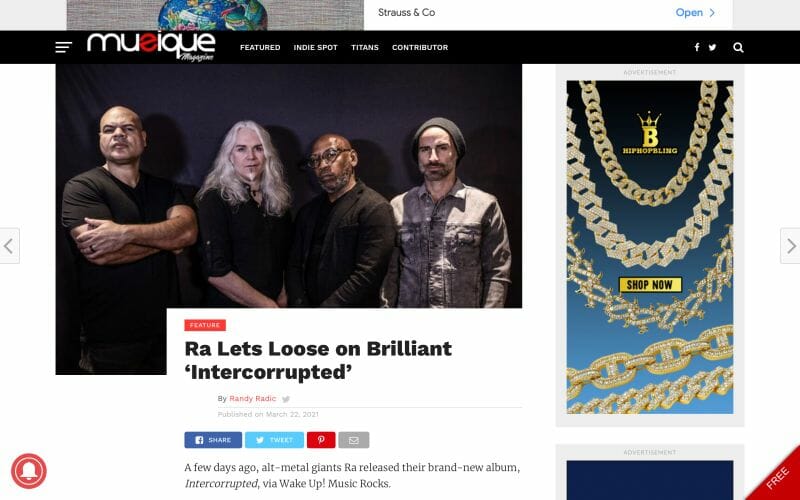 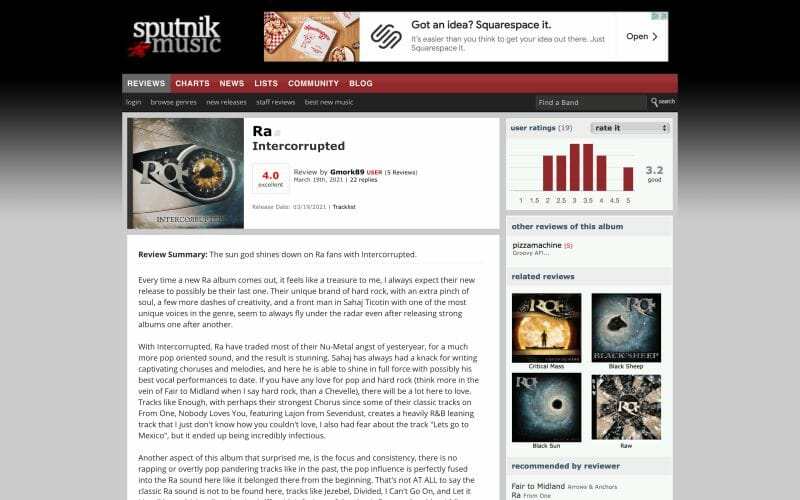 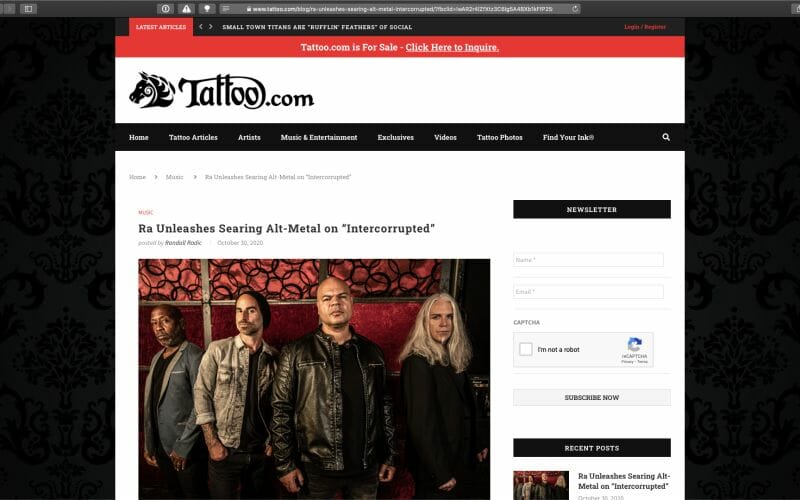 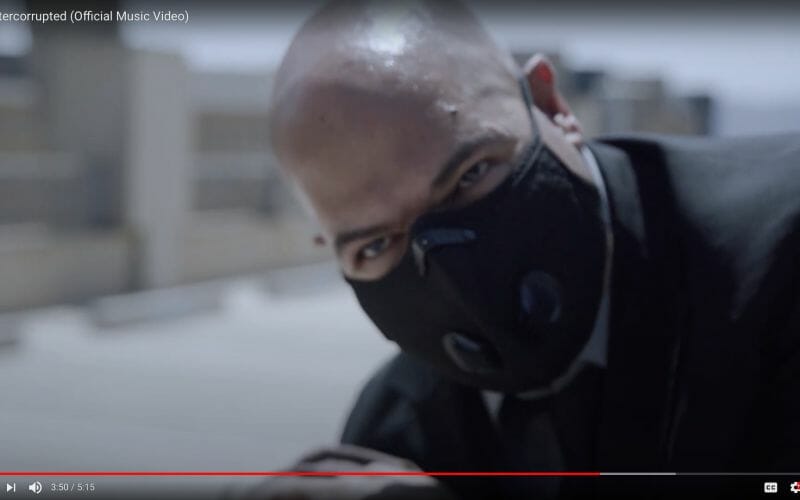 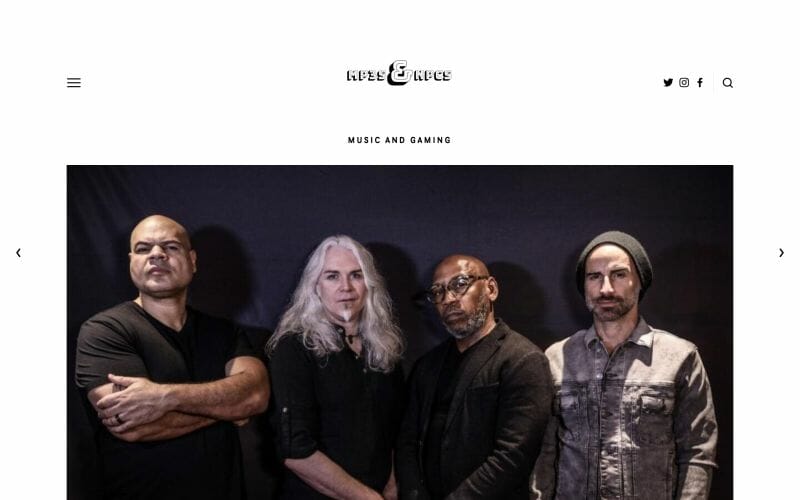 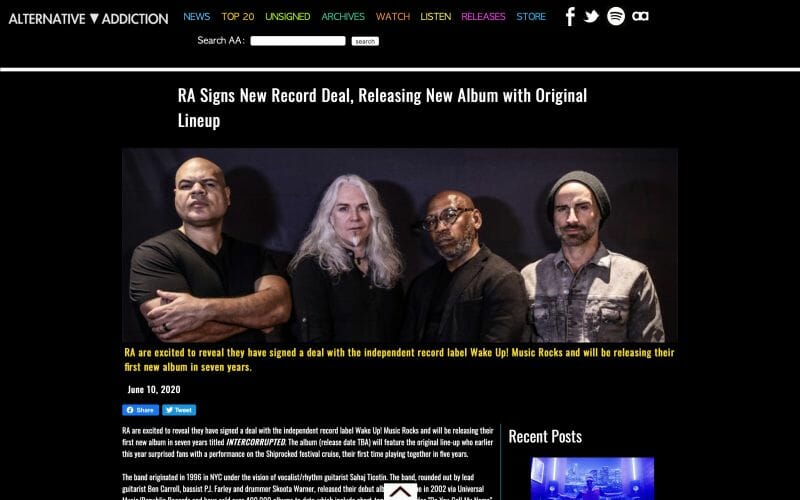 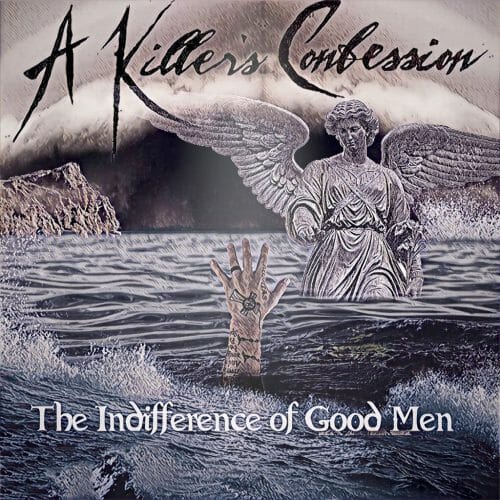 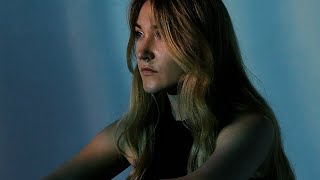 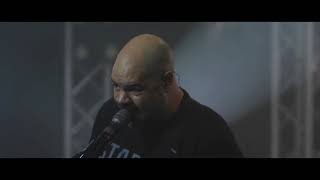 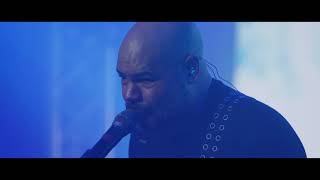 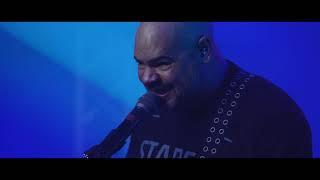 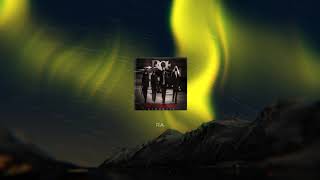 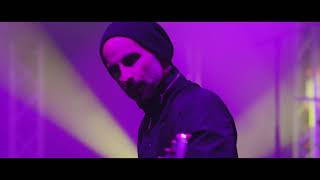 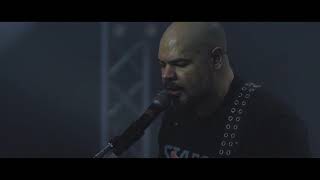 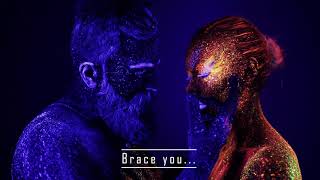 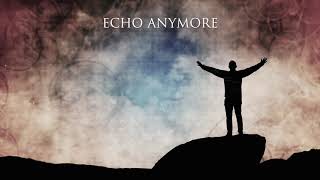 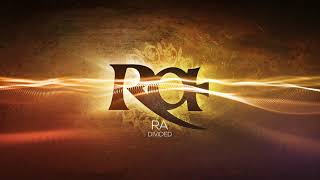 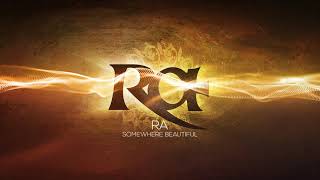 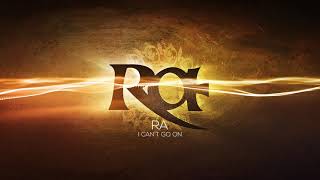 DO YOU WANT EVEN MORE?