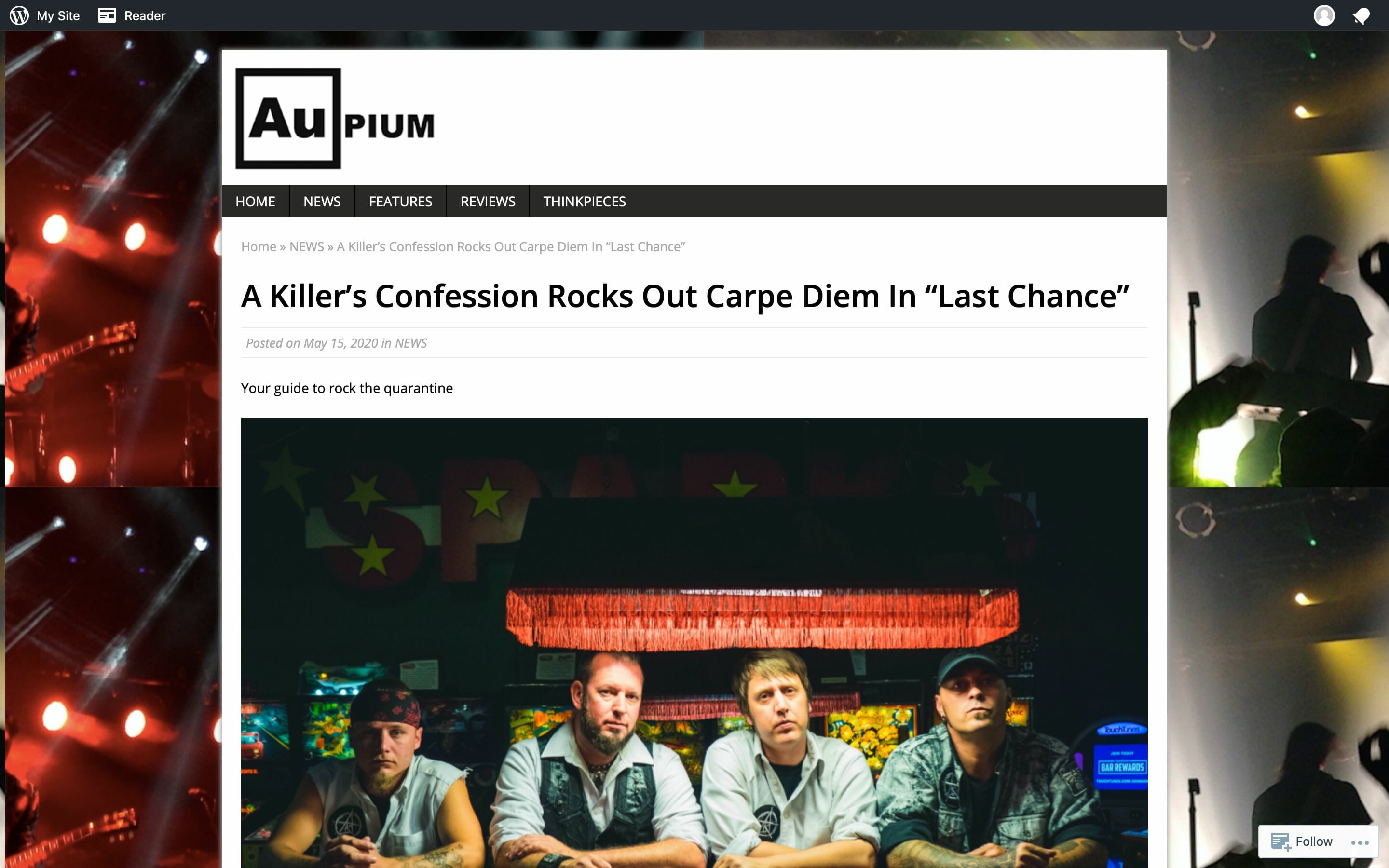 Posted at 08:14h in A Killer's Confession News, Press, Write-ups and Reviews by notify@solvedesigncreate.com 0 Comments

A Killer’s Confession was founded by frontman Reavis back in 2016. Waylon quickly expanded the lineup by recruiting drummer Morgan Bauer, guitarist Thomas Church, guitarist Brock Starr, and bassist JP Starr. The band released their debut single on Halloween 2016, which featured Korn guitarist Brian ‘Head Welch.’ The band went on their first tour at the end of 2016 and released their debut album Unbroken in May 2017. Between recording and touring, the band self-released various singles before joining the Wake Up! Music label. They released their sophomore album, The Indifference of Good Men, last October. Be on the lookout for more beats from A Killer’s Confession this year.

Read the full article at https://aupium.com/2020/05/15/a-killers-confession-rocks-out-carpe-diem-in-last-chance/