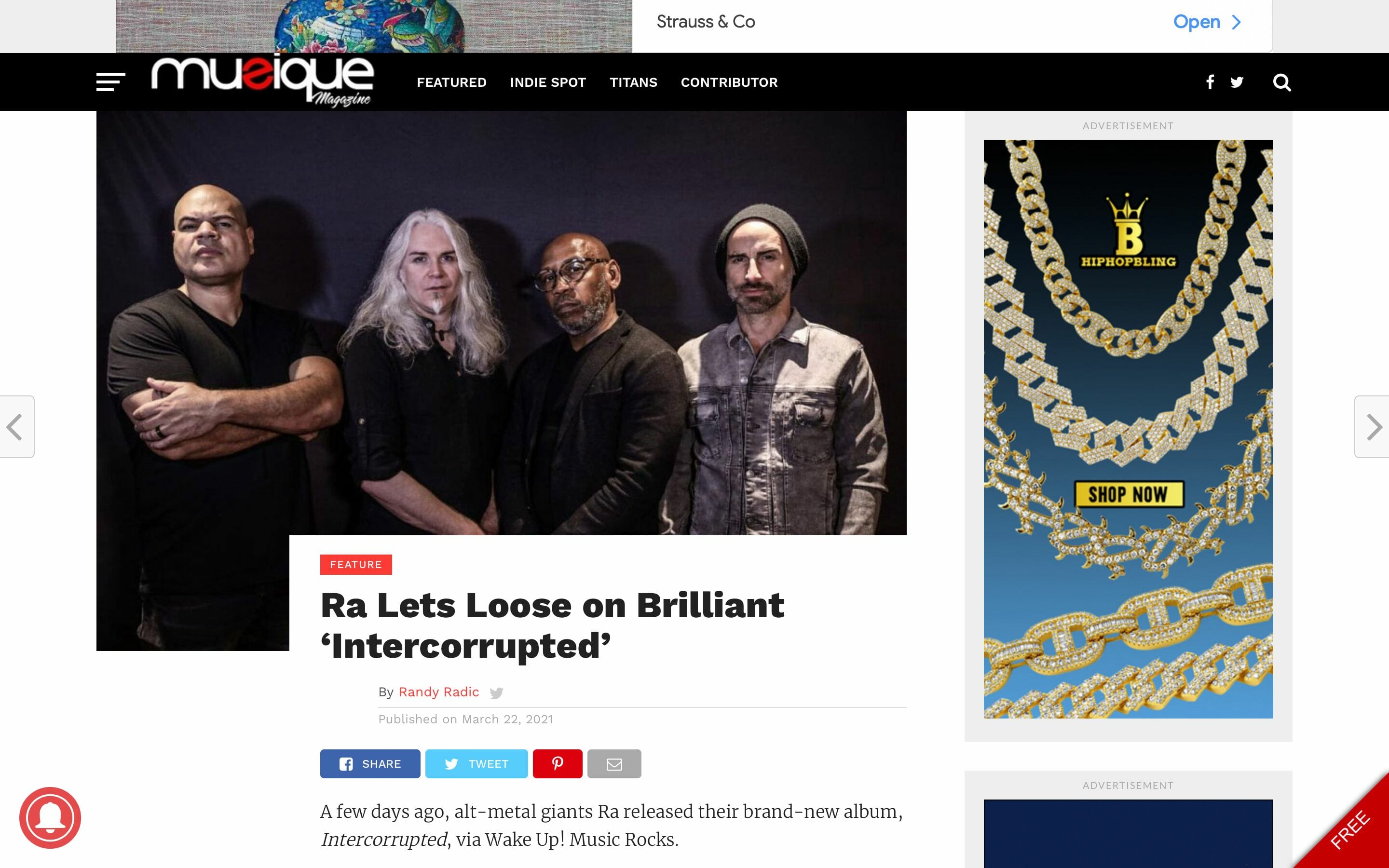 Ra formed in 1996 and comprises Sahaj Ticotin (vocals, guitar), Skoota Warner (drums), PJ Farley (bass), and Ben Carroll (lead guitar). With the release of their debut album, From One, via Universal Music/Republic Records, the band skyrocketed to the upper echelon of alt-metal, entering the rarified realm of bands such as Disturbed, Seether, Stone Sour, Korn, Shinedown, Sevendust, Breaking Benjamin, and Staind.

After selling over 400,000 albums and dropping red-hot singles such as “Do You Call My Name,” “Fallen Angels,” and “Broken Hearted Soul,” Ra vanished. They stopped making music because the music industry’s major labels are typified by being doctrinaire, artificial, shrill, shallow, uncertain, eclectic, jejune, and insincere.