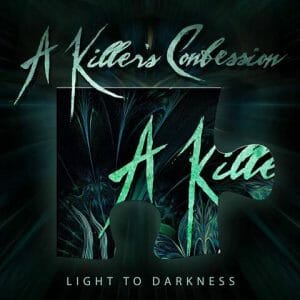 A Killer’s Confession debuted its latest single and its companion video this week.

The musical arrangement featured in ‘Light to Darkness’ is a heavy, guitar-driven work that harkens back to works from front man Waylon Reavis’ former band, Mushroomhead. Information about the song’s lyrical content was not provided in the press release distributed about the song and video’s premiere.

The video for ‘Light to Darkness’ is composed primarily of footage of A Killer’s Confession performing live. It serves as a reminder of the band’s live presence.

More information on A Killer’s Confession’s new album, single, video and live dates is available along with all of the band ‘s latest news at:

Light to Darkness, Phil Picks covers ‘Light To Darkness' by A Killer's Confession